The WWF is run at a local level by the following offices... 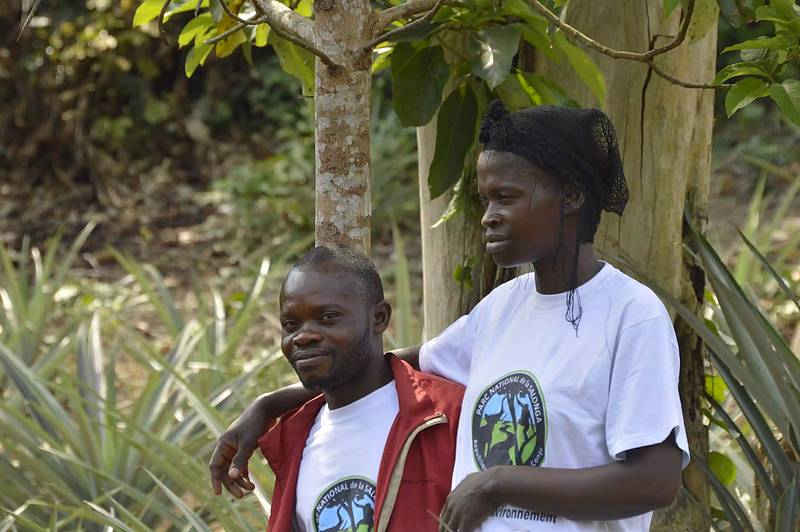 The Salonga National Park, located in the Congo Basin, known as the green heart of Africa, covers an area of 33,350 km2, making it the largest national forest park on the continent and the second largest park tropical forest of the world. Created in 1970 and listed as a UNESCO World Heritage Site, the park is the largest block of intact lowland forests in the Congo Basin.

The park is composed of two blocks- north & south- and its creation caused the displacement of the local population living in, who were then relocated in the Monkoto Corridor area which is between the two blocks. Since then, lands for agriculture have been under great pressure in the corridor, mainly due to slash-and-burn agriculture that resulted in deforestation, reduction of productivity due to the loss of organic matter, as well as the reduction of wildlife richness due to uncontrolled hunting and lack of spaces for wildlife. As a result, these communities have been confronted with feeding problems that have led some to turn back to the park for their survival.

In 2015, WWF-DRC signed a co-management agreement with the Congolese Institute for the Conservation of Nature. With financing from the European Development Fund (EDF) and KfW , WWF DRC and WWF Germany, in partnership with Oxfam and ISCO, are implementing the PARCCS programme (Programme Agricole Rural et de Conservation du Complexe de la Salonga) working on two aspects: Within the Salonga National Park the programme strengthens the park’s management to protect the rich biodiversity and ecosystem & around the park the programme works with communities to improve socio-economic benefits for example by creating community forests & by improving agriculture practices.

These conservation agriculture trainings ensure stability to farmers in the area as they can work several years on reduced land surfaces, with short fallows. And each year, the park’s primary forests that should be cleared are thus protected through the use of this system, which gradually eradicates slash-and-burn agriculture. Particularly here in the Salonga National Park, this approach preserves at least 1 hectare of forest per family per year, which is equivalent to more or less 500 t CO2e.

Mr. Benz Ekumba, owner of Air Congo 'model farm’ in Monkoto said, "The farm takes up all my time so it's quite impossible for me to think of going back and venture into the park ; thanks to the income from my 'model farm'  activities, my children are going to school, my wife is healthy, no one goes hungry in my family, and we make revenues by selling our products . So our life is better than before and we're very fine."

This farming approach as promoted also helps reducing soil erosion and increases soil fertility. In terms of gender, this technical approach significantly reduces labor arduousness, more particularly for women who are usually in charge of weeding, plowing and transporting tubers compared to the traditional agricultural model. And for Indigenous Peoples, this is suitable for cassava production as a staple.

Through this initiative, the Monkoto Corridor forests will be preserved and restored naturally; the living conditions of local communities are improved. This model is so popular with communities, especially pioneers pilot farms to such a point that to this day they devote themselves totally to the farming activities restraining themselves from forests  activities in the National Park of Salonga.

Explore Other Issues In The Series